Honda delivered a 2013 Fit EV battery-electric vehicle to the city of Torrance today as one of the first major steps in the Honda Electric Vehicle Demonstration Program, a prelude to the retail market launch of the Fit EV with customers in California and Oregon this summer. END_OF_DOCUMENT_TOKEN_TO_BE_REPLACED

News from the 2012 Consumer Electronics Show

Today at CES we saw the new SanDisk Extreme SDXC UHS-I Memory Card. The  card is designed to help imaging enthusiasts shoot like the pros, with the speed and capacity needed to capture not only high-quality videos but also high-resolution RAW+JPEG photos, which can reach upto 30 megabytes in size.

“Consumer video capture is driving user-generated content creation,” said Chris Chute, researchmanager, worldwide digital imaging solutions, IDC. “This is the first year that more than half of all video captured will be in HD,and that number is set to reach nearly 80 percent in 2014. This trend highlights the need for memory cards that are fast enough to handle a massive data flow while offering enough capacity to store the resulting files.”

Here’s a really great review we thought was worth sharing. It’s an article from Dwell magazine featuring some very modern table lamps. Enjoy!

According to the company website the Brammo Empulse is destined for a showroom near you. Soon.

The electric bike is capable of doing 100 plus. That’s 100 mile range and over 100 mph top speed. Plus it looks seriously cool!

Visitors to the International Motorcycle Show in Long Beach, CA can see more electric bikes from the company beginning February 9, 2012.

More: Is an electric motorcycle in your future? 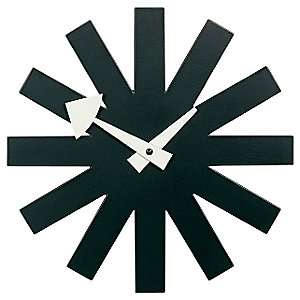 Make a better mouse trap and the world will beat a path to your door.

I guess a lot of designers have thought the same about clocks. Here’s a list of unusual designs…

Are they better? I’m not so sure. The retro flip clock is pretty cool to look at, but most of these are novelties.

Do you have the time?